Spearheaded by the new Bolsonaro government, Brazil is realigning its special political and economic relationship with China, as the two nations look to enhance cooperation in business, diplomacy, science and technology following Brazil’s hosting of the latest BRICS summit

Brazil and China are poised to open a new chapter in their bilateral relationship, with plans to significantly bolster cooperation as the countries mark 45 years since the official establishment of diplomatic ties on August 15, 1974.

In October, Brazil’s new president Jair Bolsonaro made his first official state visit to China. During three days of talks with Chinese president Xi Jinping, the two leaders vowed to strengthen political and economic ties amid a backdrop of global trade tensions, signing a number of agreements in the areas of infrastructure, energy and agriculture.

“Today we can say that a significant part of Brazil needs China, and China also needs Brazil,” said president Bolsonaro of his country’s largest trade and investment partner.

The Brazilian president’s landmark Chinese state visit was also preceded in May by the first Sino-Brazilian High-Level Commission since 2015, during which both parties laid the groundwork for the 10-year plan governing the nations’ ties for the 2022-2031 period and promised to facilitate trade and promote the exchange of high-quality imports and exports.

President of the Federative Republic of Brazil

Brazil became both the first Latin American country and first developing country to sign a Comprehensive Strategic Partnership with China back in 1993. And in the latest Comprehensive Strategic Dialogue earlier this year, Chinese foreign minister Wang Yi said his country was trying to advance that partnership through measures such as integrating China’s Belt and Road Initiative with Brazil’s own development plan, and deepening cooperation in agriculture, mining and infrastructure, as well as in new areas such as science and technology.

Brazilian Vice President Hamilton Mourão has also acknowledged that science and technology cooperation was a new area for potential growth between the two nations, stating in September that: “The Chinese have interest, capital and experience to expand and diversify investments in Brazil.” 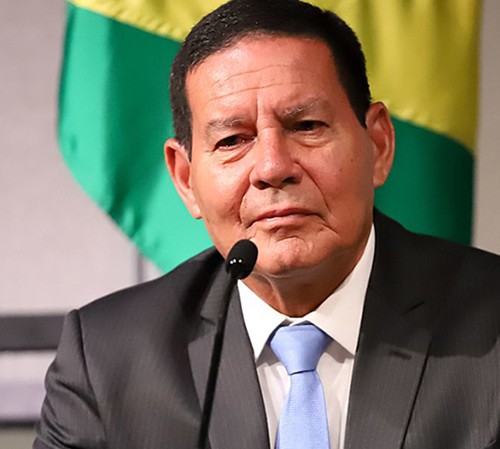 China’s priority is its food safety, and Brazil can be the world’s breadbasket. We have the conditions to produce high-quality food for the world. It’s one of our vocations

Vice President of the Federative Republic of Brazil
READ INTERVIEW

In mid-November, the Brazilian capital, Brasília, hosted the 11th annual BRICS summit, which focused on the theme of ‘Economic Growth for an Innovative Future’ and covered new areas of focus spearheaded by Brazil, such as the strengthening of cooperation on technology, innovation and the digital economy, as well as in the fight against transnational crime.

The event gave leaders Xi Jinping and Bolsonaro another opportunity to discuss the special relationship between Brazil and China and how enhanced cooperation between the two nations can help to advance the overall vision for the second ‘golden decade’ of the BRICS multilateral partnership.

Related Articles
OVERVIEW
This site uses cookies for analytics, personalized content and ads. By continuing to browse this site, you agree to this use.OKREAD MORE