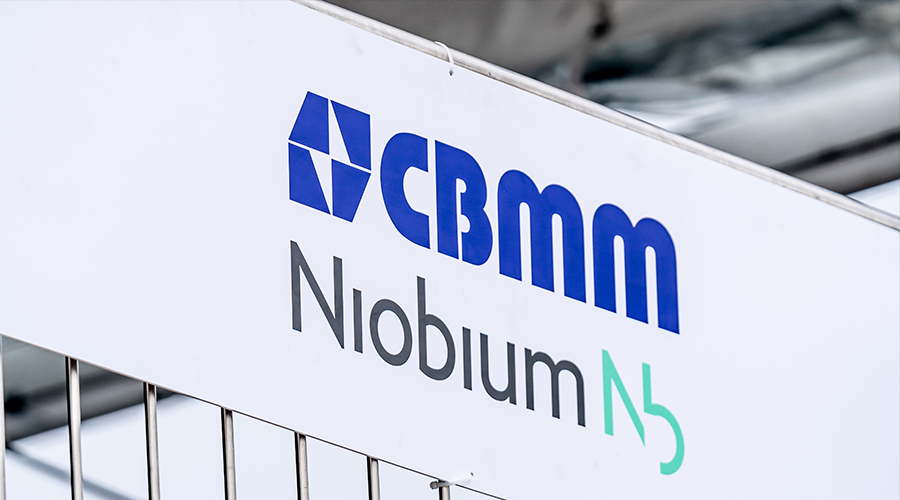 CBMM is a market leader in the use of niobium, a naturally occurring element that improves the properties of steel and has a wide range of applications in aerospace, automotion, gas and oil pipelines and much more. The company is currently researching its use in batteries and expects demand to soar in the near future, with China as one of its biggest clients

What is your vision for the relationship between CBMM and China in the future?

The year 2018 was an important one for CBMM because, through our technology program, we were able to increase the size of the steel market by 26%. And an important part of that growth came from China. We work with the car industry, oil and gas, the stainless steel segment, plus what we call “infrastructure.” But the most important segment for us is steel. In 2018, we managed to increase the use of niobium in steel for structural applications, because our focus was always on making steel more resistant. This is very important for gas pipelines, to reduce the weight of automobiles, and for many other uses. Structural steel, which is more than 50% of the steel produced in the world, doesn’t necessarily need better properties. Sometimes it does, but it also requires a lower cost. So 2018 was a year in which CBMM, together with Citic, especially in China, worked with our clients to optimize steel design, thus yielding lower costs and producing more resistant steel.

A new norm drafted by China demands better properties than those used in the rest of the world. After all, China has earthquakes and very tall buildings. So it eliminated the rebars with a lower resistance and demanded steel with a uniform structure. This requires better-quality steel, and opens up a possibility for increasing the use of niobium. We’re speaking of something between 100g and 200g per ton of steel. Until 2017, this market was zero, but, last year it represented 6,000 tons of ferroniobium and will represent 10,000 tons this year. Part of our growth comes from a new focus on helping our clients optimize alloy design, and part from a demand from China for better steel for construction.

You are by far the leader in this market, your product is very competitive, and you have sufficient niobium to supply the demand. How do you ensure that demand will keep growing?

In 2018, the market was 120,000 tons of ferroniobium. The market should be 200,000 or 250,000 tons with more players. I believe this would be healthy. But the market is still small. When I say “small,” I mean that current producers have an installed capacity for 150,000 tons. So out of the nine producers of ferroniobium in the world, three of them can produce more than what the market demands. Therefore, our greatest effort must be to increase the size of the market. The best assurance for niobium companies is continuing to develop the market because we’ll certainly have more producers in the future. Niobium isn’t rare. Today, 85 quantified reserves have been identified in the world. Our job is to continuously expand the size of the market.

We have to show our customers the advantage of using niobium. This is our number one priority

What are some other applications for niobium? Some research and development has found that its use could positively impact batteries.

There are different elements that improve steel properties. We have to show our customers the advantage of using niobium. This is our number one priority. Niobium in steel for several applications is used in more than 50 countries, and then we have nickel-niobium alloys for aircraft turbines, then pure niobium for MRI equipment. This is what’s been consolidated today. Niobium oxide – not the metal – is being studied for use in both cathodes and anodes of batteries. We are already sure it’s a good solution, but we still need to demonstrate in a pilot scale that it’s a competitive solution. If we can demonstrate that, we’ll be able to open up a new battlefront that won’t be as large as the use of niobium in steel, but in the mid-term, it could represent a 30 to 40% increase in sales.

Are you the only ones doing that kind of research today, with batteries?

So this research is in Japan, not here in Brazil?

The pilot plant is in Japan, but we also have a laboratory in Axará, at CBMM in Minas Gerais, that will be officially inaugurated soon. It’s a laboratory to study the use of niobium in batteries inside CBMM. As soon as we are able to validate it technically, we’ll take the following step, but we first need to prove that the solution is competitive. These batteries, whether they use niobium, titanium, tungsten or graphene, are still lithium ion batteries. It’s the lithium ions that move around to produce a current. What we’re doing is changing the composition of the anode and the cathode, but in the battery itself, lithium is still an important player.

Part of our growth comes from a new focus on helping our clients optimize alloy design, and part from a demand from China for better steel for construction

Last year you celebrated 40 years of the company’s presence in China. How has the relationship evolved?

The anniversary event to celebrate our 40 years in China will be held in December. China is very important for CBMM because it produces more than 50% of the world’s steel. I visit China three or four times a year, and I can see the infrastructure of the country improving from east to west as China becomes increasingly competitive. And I understand that one of the priorities of both the São Paulo state government and the federal government with China is not only seeking investments, but also learning how to build good infrastructure.

What is the role of niobium in that?

Niobium certainly plays an important role because infrastructure requires steel. If the steel is more resistant, you need less of it to build the same piece of infrastructure. We are usually able to demonstrate through our projects in Brazil, China, Singapore and elsewhere that using more resistant steel saves around 15 to 20% of the costs. And there is also a sustainable effect to it: it means fewer resources, less energy, and fewer CO2 emissions.

Brazil consumes 100kg per person per year. When countries are building their basic infrastructure, they should be consuming between 300 and 400kg. I don’t have to travel around Brazil to see this. When I see the consumption of steel in Brazil, I can conclude that we’re not investing enough in infrastructure.

Related Interviews
CEO of Companhia Brasileira de Metalurgia e Mineração (CBMM)
This site uses cookies for analytics, personalized content and ads. By continuing to browse this site, you agree to this use.OKREAD MORE